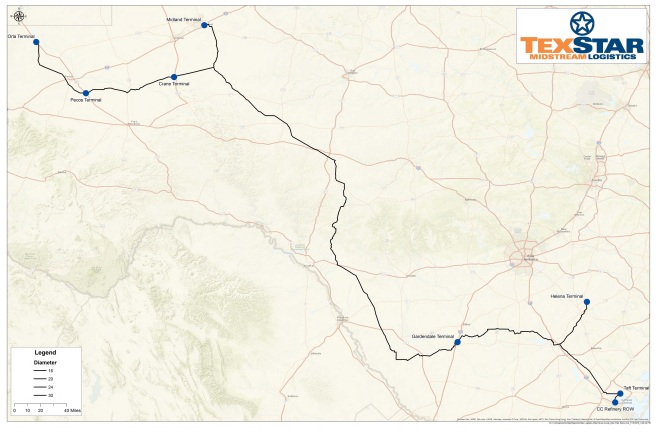 V-Tex Logistics, LLC owned by Valero Energy Corporation has announced that it will jointly build a new pipeline with the Magellan Pipeline Company, owned by Magellan Midstream Partners, L.P. The new pipeline will span about 135 miles from Houston to Hearne, Texas. This 16 inch pipeline will be assisted by a separate V-Tex Logistics, LLC 12 inch pipeline that will stretch 70 miles to connect the new terminals in Robertson County and in Williamson County. Representatives for Valero have already begun survey activity for the V-Tex 70-mile pipeline passing through Williamson and Milam counties. The 70-mile pipeline will impact Robertson, Milam, and Williamson counties. This project is expected to be completed in 2019.

The pipeline is expected to be 24 inches in diameter and have the total capacity of transporting up to 400,000 barrels per day with multiple segregations. Buckeye Partners expects the new South Texas Gateway pipeline to be in service by 2019.

In late 2015, the United States ended the ban that had once made it impossible to sell American oil to any country except Canada. Since the ban has been lifted, it  has led to a very large increase in oil exports, especially in 2017. Buyers from all over the world are purchasing the new American supplies. In Texas, Corpus Christi’s port has begun a $1 billion capital investment program that involves deepening and widening the shipping channel for bigger tankers to dock and load. Crude exports from Corpus Christi have already increased from an average of 68,000 barrels a day during the first half of 2016 to 384,000 barrels daily as of this past April in 2017, according to a report by RBN Energy.

Buckeye Partners is one of the companies that has made major investments in the area. Since 2015, Buckeye has invested $1.2 billion in docks and other export facilities in Corpus Christi. Buckeye told the New York Times that they still have plans to put more than $1 billion into additional investments, including the new South Texas Gateway pipeline.

Targa Resources Corp., a Houston pipeline company, announced plans for a new natural gas liquids pipeline called Grand Prix this past May. The newly constructed line will stretch about 635 miles long and transport natural gas liquids from the Permian Basin of West Texas in addition to the company’s North Texas system to the final destination of  Targa’s complex in Mont Belvieu, located in east Texas.

Targa’s new natural gas liquids pipeline will be able to transfer as much as 550,000 barrels per day. Targa in the Permian area of west Texas has about 1.7 billion cubic feet per day of current gas processing capacity. Representatives from Targa have stated that surveying is already underway. Grand Prix is expected to be in service by the second quarter of 2019. Numerous counties that will likely be impacted by the Targa easement takings, including Eastland, Evath, Hood and Johnson. 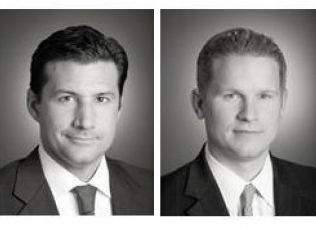